How to get output model for a given cell in a JupyterLab extension?

As a workaround, I could get the output value “3” from the div element of the widget dom e.g. with

However, there should be a more elegant way, I guess?

For example, I would expect cellModel.outputs to include the output information I am looking for, but it seems to be empty (?).

=> What is the recommended way to access the output for a given cell model?

As I remember there is an array of outputs in the outputArea. Perhaps you’ll find it there.

a) So far, I only found outputArea.node.children, as already shown above.

b) The outputArea.model.list seem to be empty.

might be a way to go, but I don’t know what I should pass as argument.

I don’t really know if this can be of any help, but people at Julia have developed Pluto.jl, interactive notebooks for Julia. Maybe they had to solve this problem!

To start with, I am not convinced that trying to obtain this information from JupyterLab frontend is the prime way to approach the problem, but let’s entertain it for educational reasons.

First, you can get the output of the cell from its model and your attempts to use model.list were not too far off. You may have seen empty values because the operations are asynchronous, i.e. the first time when Output Area becomes visible it is not yet populated. This can be resolved by listening on changes to its content:

(Note this is JavaScript for GitHub - jupyterlab/jupyterlab-plugin-playground: A dynamic extension loader for JupyterLab, not a proper TypeScript code, it’s Sunday, I’m not opening my IDE today).

Second, I would really avoid observing the results of execution by engaging the DOM or widgets at all; instead I would listen to the NotebookActions.executed which also enables you to handle errors in a clean way. I also highly recommend sticking to the public members (do not use underscored properties like ._output). Peeking with the debugger/console is a good approach, but it should be secondary to reading the API reference which let me quickly create the example above. I usually go back and forth between logging to console, API reference and - if needed - the actual source code of JupyterLab (and extensions). Also, a well-configured autocompletion can help a lot!

Third, there is a lot of prior work mentioned in the other DAG thread but one other extension not mentioned there, but probably very relevant to what you are trying to achieve (though this might not be immediately obvious) is GitHub - nbsafety-project/nbsafety: Fearless interactivity for Jupyter notebooks. as it tracks the execution of the cells, their results and modifies the display of the notebook on the frontend to guide users on out-of-order execution. I think that building upon their approach is one of the most promising ways to implement DAG notebooks (with equally GitHub - davidbrochart/akernel: Asynchronous, reactive Python Jupyter kernel. being another promising projects).

Finally, in another thread you hypothesise that getting the result of cell execution is difficult in JupyterLab and Maybe that is one of the reasons why other implementations of observable notebooks are based on extra kernels?. While I hope I demonstrated above that the premise is not entirely correct, I want to also point you to one of the previous experiments, GitHub - cphyc/ipyspaghetti which implements what I believe is the most functional DAG notebook for JupyterLab 3.x and it does not require an extra kernel. Maybe, just maybe, contributing to that project would be a better way forward rather than trying to re-implement it from scratch?

Many thanks for the detailed answer!

To First:
Juhu, With your help I am now able to access the output values:

In order to find out what expression caused some output, I have to evaluate the last line
of the cell input, because the output model does not include that information (please correct if this is wrong).

I also highly recommend sticking to the public members (do not use underscored properties like ._output )

Once I know where to look/what key terms to search for, the api doc might be helpful.
Where can I find the doc for the “outputs” property of the cell model,
saying that I should use outputs.get(index) instead of outputs[index] and that outputs is not iterable?

That info does not seem to be included in

=> This forum is a very important/helpful supplement to the api doc.

I updated a related answer on SO to clarify where to find documentation. Please extend/correct if you want: 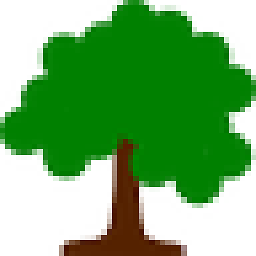 Where is a docs for Jupyter front-end extensions JavaScript API?

To Third and Finally

I included nbsafety as another option in an overview here:

I currently try to write a JavaScript extension that observes a Jupyter Notebook and builds a DAG. However, it already seems to be hard to get and evaluate the output of a single cell: https://discourse.jupyter.org/t/how-to-get-output-model-for-a-given-cell-in-a-jupyterlab-extension/11342 Maybe that is one of the reasons why other implementations of observable notebooks are based on extra kernels? Related: Jupyter: https://github.com/jupyter/notebook/issues/1175#issuecomment-942228972 http…

Maybe, just maybe, contributing to that project would be a better way forward rather
than trying to re-implement it from scratch?

Yes, I would prefer to build on existing solutions. I am still in the orientation phase, trying to follow multiple paths (including options like observablehq and starboard) and find out what might give the best match.

Indeed, I have several ideas that I would like to combine for reactive data flow models:

Once I know where to look/what key terms to search for, the api doc might be helpful.
Where can I find the doc for the “outputs” property of the cell model,
saying that I should use outputs.get(index) instead of outputs[index] and that outputs is not iterable?

ICodeCellModel | @jupyterlab does include the description of outputs property:

The part after colon (IOutputAreaModel) is a link to the description of the type of the outputs - after clicking on it you can see that it provides get(index: number): IOutputModel along with many other methods (like .set()) and properties (like .length). It would be more intuitive to use if it was iterable indeed - I can imagine that this would be a welcome contribution if you want to make it so (but please consult with more experience contributors than me first by opening an issue in JupyterLab repo first - maybe there is a reason for not having the iterator implemented here - though I think it is unlikely)