Hello everyone!
I am trying to build an extension for Jupyterlab. To do that I first wanted to follow the tutorial from the developer documentation (Extension Tutorial — JupyterLab 3.3.0a2 documentation).
I am doing all the steps in the tutorial on Windows 10 in Pycharm with a conda environment as in the tutorial. After installing the apod extension and running jupyter lab the message that should have been logged in the console doesn’t appear and there are only the following warnings and no other errors in terminal: 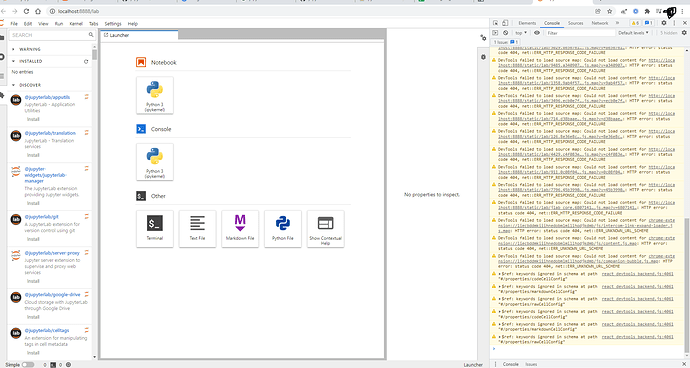 error1907×1019 157 KB
EDIT:
After activating the developer mode on windows and running the commands again including the npm run watch , Icould see the message logged in the console.
Man_Free July 1, 2022, 8:00am #2

Were you able to run the extension in user mode?
I am stuck where it is not printing the message only in user mode, though it worked in developer mode.