Issue with LaTeX in Markdown tables

I am using Jupyter Notebook 6.2.0 and having an issue with LaTeX in Markdown tables. When I create a table that contains math typeset in LaTeX, the Notebook (sometimes!) renders the table so that the table spans the entire width of the Notebook. I attach a screenshot of a minimal example. 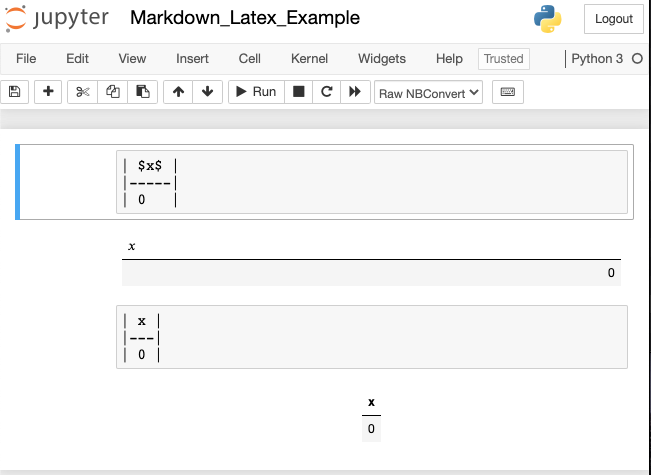 In the first example, the top row is a simple x in math model. The top row of the table is left-justified and the next row is right-justified creating a table that spans the Notebook and table elements that don’t align.

In the second example, without x in math mode, the table renders as expected.

This behavior is new; affecting tables that I’ve created that previously rendered properly.

I would appreciate advice for a work-around or where to post this issue so that it can be resolved.

Apparently using math mode, $$x$$ instead of $x$, is the solution.