Recent activity across all of Jupyter: a notebook report

Hey all - in the last few weeks I have been playing around with a way to quickly visualize and explore activity across all of the Jupyter ecosystem. I’ve been doing so with a report that uses Altair, the GitHub GraphQL API, and ipywidgets.

The report is best-viewed on nbconvert here:

here’s a tiny example from the page, it’s a plot of merged PRs in the last 60 days:

Would love to know what people think about it, what could / should be changed, what information would be useful for folks, etc. I’d also love to hear if you think that some piece of information may have unintended consequences - I don’t want this to be thought of as a “leaderboard”, and I’m sensitive to the possibility that surfacing data about activity might create perverse incentives.

Lemme know what you think!

As an aside, many thanks to @parente for a blog post he wrote 3 years ago showing how to hide code with nbviewer - pretty nifty!

On “User activity in Discourse” you have the figure title repeated. One should be received instead of given.

This is cool! Especially the attempt to highlight activity that isn’t related to the number of commits/lines of code that you get when you look at the contributors page of a GitHub repo.

Found a visual bug in the “issues” category. I guess jupyterlab and jupyterhub both have a team-compass repo: 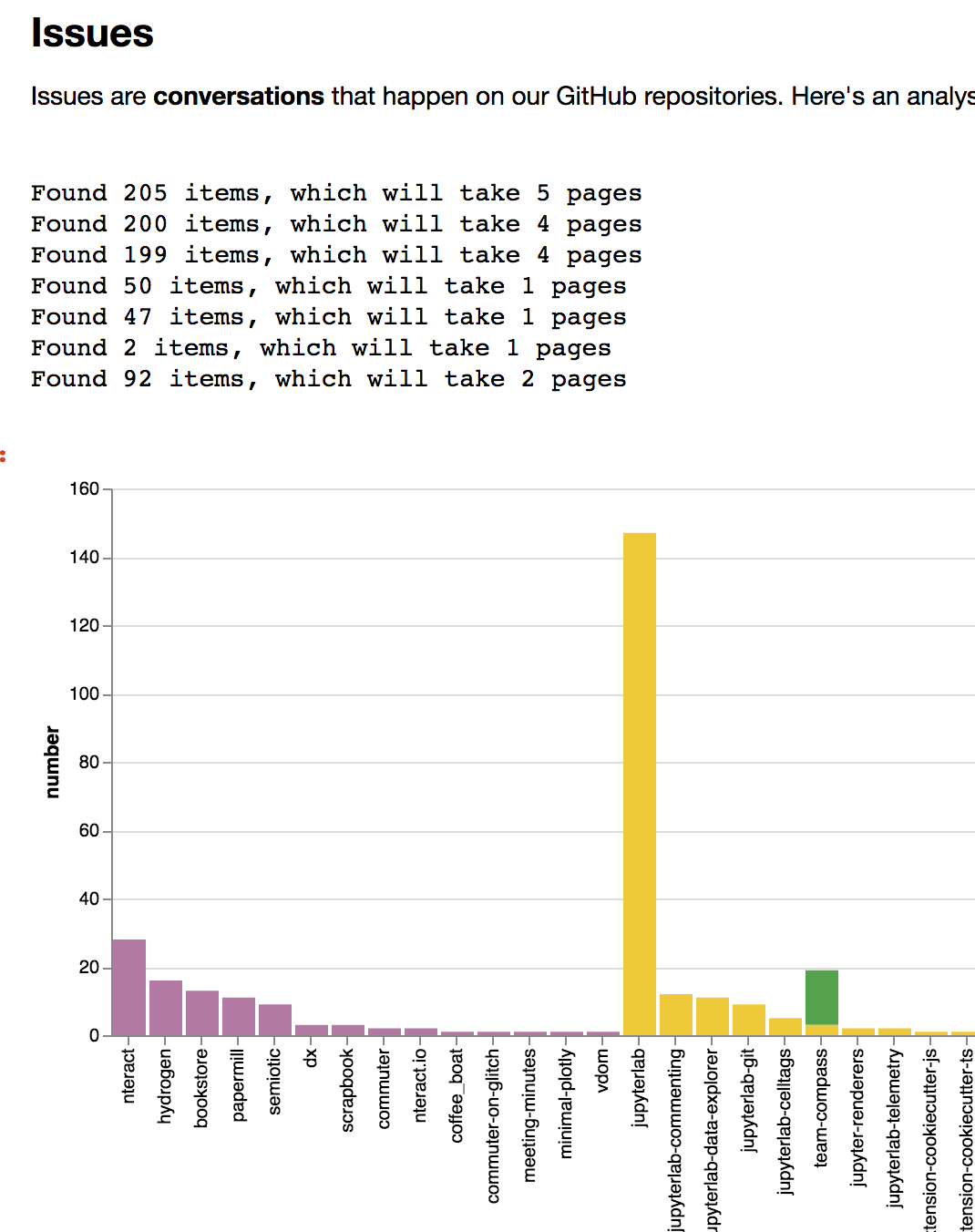 Per a suggestion from @betatim, I added in some plots of “first responders” at the end of the report. These are people that made the first comment in a newly-created issue from the last N days.