When collapsing a really long output (loop results, lists, dicts, arrays) it effectively scrolls your view very far down the page. It would be nice if the view zoomed back up to the code input cell that generate the output you are collapsing.

As seen here, collapsing this output is clearly needed, but I’d rather scroll because who knows where I’ll end up after I collapse it. 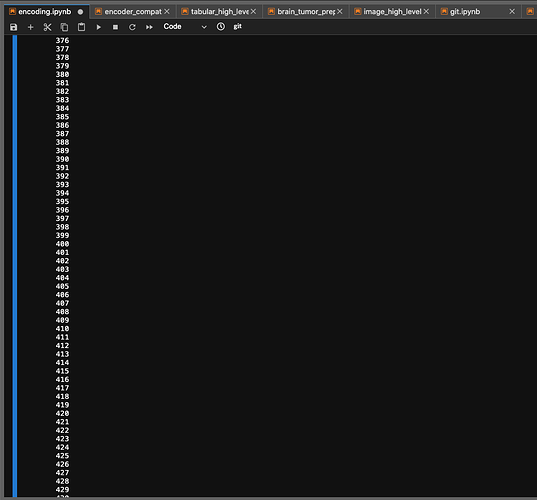 It would be nice if I ended up here at the source.

soft/ anchor #links in html nav to objects and place them at the top of the screen. perhaps some table of contents code could be re-used to address this.

I thought we addressed this recently. Is this using the most recent JupyterLab, 3.0.4?

Audit scrolling after a cell operation · Issue #9283 · jupyterlab/jupyterlab · GitHub is a meta-issue about auditing this focus behavior in notebook actions.

I thought we addressed this recently. Is this using the most recent JupyterLab, 3.0.4?

Similar issues were fixed recently, but apparently not this one.