Hi, I’m trying to switch to using retrolab but would like to be able to expand the horizontal space utilized by the notebook to fill my browser. This issue has been solved on the old notebooks framework, but I can’t seem to find a solution for the CSS in JupyterLab.

A partial solution is available here, but unfortunately I am not able to re-center the cells after I have expanded the width beyond 100%. I would like to simply remove the majority of the gray padding on the left/right of the cells. Would greatly appreciate any help. I’m sure it’s a simple CSS change command like in the linked examples.

Are you referring to these? 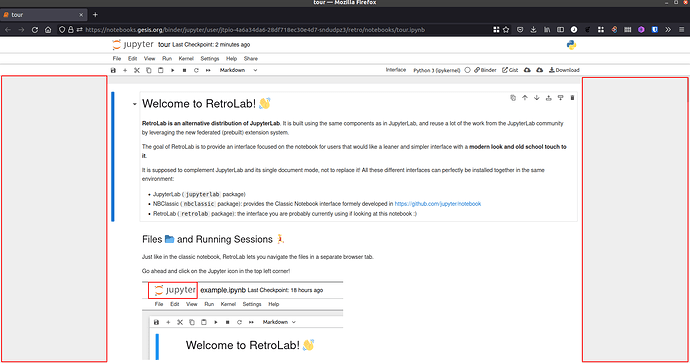 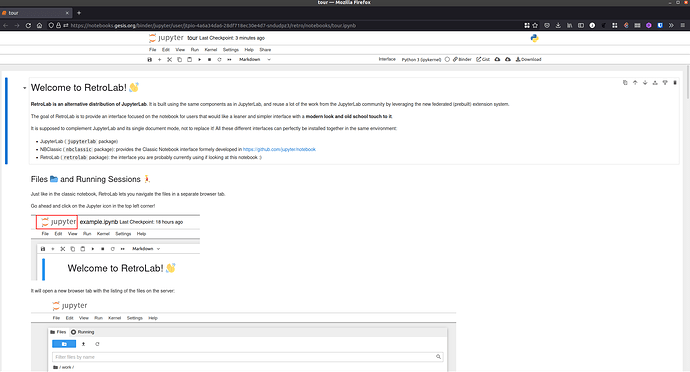 If so then yes RetroLab adds some CSS here to have a max width:

So these could be overriden. Or maybe exposed to the settings so it’s easier to toggle between max and full width?

Of note, you might also want to try the Notebook v7 pre-releases. Development on RetroLab has now been moved to the notebook repo, which now includes more features and updates.

You can try the pre-releases with pip install --pre notebook.

Very helpful, thanks. I am currently running the following in any new notebook that I open:

Exposing the toggle between full width and classic notebook-style width in the settings would be awesome.

Another toggle in the settings that would be great would be the ability to globally set the output of all cells to default to being fully expanded, instead of defaulting to scrollable.

Exposing the toggle between full width and classic notebook-style width in the settings would be awesome.

Mind opening an issue on the notebook repo to keep track of this? Issues · jupyter/notebook · GitHub