I hap Jupyter working, but now it says it won’t something called EONAC when I try to save, and it won’t open a new notebook. 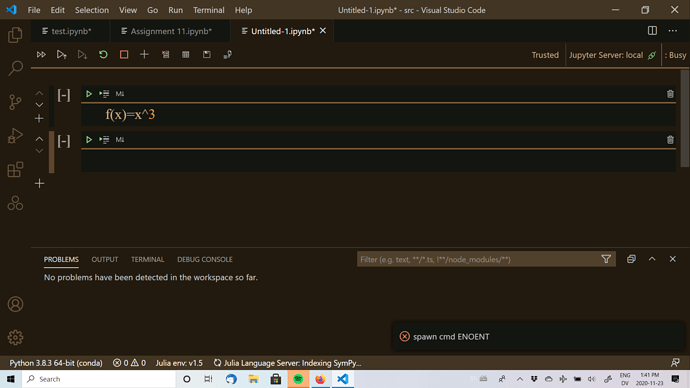 You might want to ask around in the VSCode community - the Jupyter plugin for VSCode is not developed by anybody in the Jupyter community as far as I know (at least, I don’t believe they hang around in this forum) :-/

Ok thanks, the developer of both is Microsoft, they have good support for paid stuff, open source is often just boards, but I’ll check around.